Our book is most definitely set right here on our Costa Blanca doorstep, but it’s a treasure hunt that starts in Cape Town, South Africa, and we think you’ll enjoy a bit of contextual background. You know, setting the scene and all that.

In Chapter 1 we’re introduced to the Boer War and the missing Kruger Millions so today we’re going to have a little history lesson. Don’t worry class, it’s going to be very short and very painless and there won’t be a test afterwards.

In fact, let’s start with a short (!!) history of South Africa. It was a Dutch colony for about 150 years and then in 1806 it became a British colony. During that time it wasn’t the size it is now, it was mostly just the coastal area from Cape Town up to Durban, because both the Dutch and the English used Cape Town as a refreshment stop on their journeys from Europe to Ceylon, Java (the Dutch) and Australia (the British).

During Dutch rule the whites in the country obviously spoke Dutch and that’s how Afrikaans came about – it’s a daughter language of Dutch. When the Cape became a British colony the British decided that everybody should speak English and all schooling should only be in English. This was a big deal and the locals took it badly. 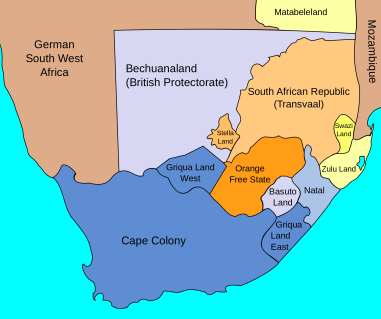 families hitched their ox wagons and moved to the interior of the country in order to escape British rule. This happened from 1835-1846.

One group settled in the area where Pretoria and Johannesburg are today and established the ‘South African Republic’ in 1852. The president was a chap called Paul Kruger.

Another group settled in the area where Bloemfontein is today and established the ‘Orange Free State Republic’ in 1852.

What’s a Pond when it’s not a pond?

The thing that confuses foreigners is that the denomination that’s written on the coins are ‘1 Pond’ and ‘½ Pond’. It’s not a typo and it has nothing to do with the small body of water that ducks float on, it simply means ‘Pound’ in Afrikaans / Dutch.

I’m giving you this information, because it appears in the book.

These two little countries were way up north, dry and desolate and difficult to get to (at the time) so the British mostly let them get on with it.

So the Boer War broke out in 1899 and the British marched up to the interior. In the UK it’s sometimes referred to as the Anglo Boer War or the South African War.

As the British advanced further towards Bloemfontein and Pretoria they would encounter farms and settlements of women and children (the men were away fighting in the war) and they rounded them up into concentration camps. This is recognised by many scholars as the first ever use of concentration camps.

Remember we mentioned that Paul Kruger was the president of the South African Republic at that time? Pretoria was the capital and the country’s mint and gold reserves were all kept there. Remember, gold had just been discovered and there was a huge gold rush going on so the country would have had very substantial gold reserves.

President Kruger was worried that these reserves would fall into the hands of the British so he left standing orders with his ministers and close aides that if the British were to threaten the capital then the gold should be removed from Pretoria and hidden somewhere else.

In the end the British did invade Pretoria, the war was lost and the whole of what is now called South Africa became a British colony.

Except that the gold was missing and to this day nobody knows what happened to it and where it is now. There is huge speculation:

And so on and so forth. Treasure hunters from all over the world have dug up half the country looking for it and we can understand why, because it’s speculated that in today’s money it would be worth about half a billion US Dollars and that’s just the exchange rate, imagine what its collector’s value would be.

Every now and again we also have April Fool’s Day hoaxes that it’s been found. Click here for an example of this year’s hoax.

So there you have it. You poor blighters, you thought you were simply buying a Spanish reader and now you’re getting South African history lessons.

Bear with us, Ken is a terrific writer and you’re going to love this story! 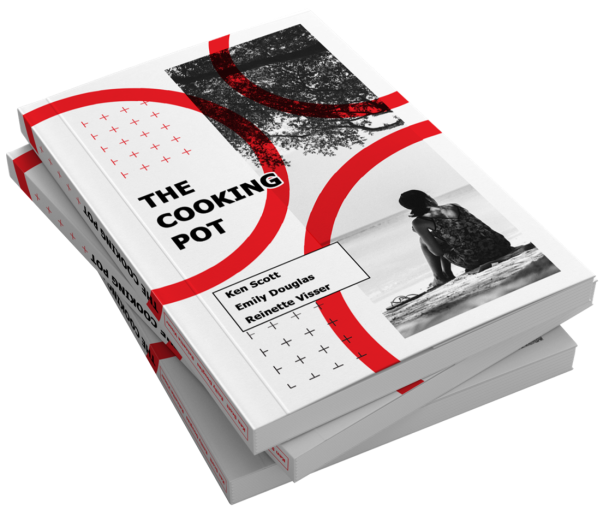 This site uses Akismet to reduce spam. Learn how your comment data is processed.

A1 A2 B1 B2 driving in Spain fiesta food Grammar Grammar Shortcuts How to... Life in Spain Menu del Dia Motivation NaNoWriMo Poetry Reading Read this first Spain The Cooking Pot Using Past and Present Tense
Loading Comments...
%d bloggers like this: